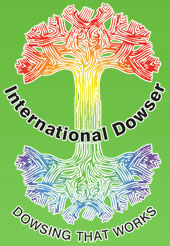 Dowsing is an ability which everyone has. Many people can dowse and have the skill to varying degrees.

There are varying tools to use of pendulums, dowsing rods, v rods and bobbers and you can just use your body as a deviceless tool. Ask questions which have “yes” and “no” answers as well as “maybe” and pay attention. Dowsing can be used as a form of divination as well as in the various ways described here.

It is most commonly known by most people with the search for underground water and this is an important aspect of dowsing. It is now becoming more important that we have professional dowsers who can locate water with the climatic changes that we are now going through. It is important to locate good sources of good clean potable water for human and animal consumption.

There are other uses of dowsing. You will find dowsers at archaeological sites. Dowsers will locate underground walls and date items that are found, determine whether the site is British Romano or Bronze Age or Roman and this will also be confirmed by scientific methods giving everyone the verification that they need.

Dowsing for health is a large aspect of Dowsing and many therapists use dowsing to quantify their results when diagnosing a patient. Seeking a remedy using charts and lists is another way of getting the correct dosages.

It is also used in locating missing people and items by map dowsing. A witness can be used if you are looking for a lost pet by holding a picture of the lost pet.

Map dowsing is also used in detecting Geopathic Stress and many earth energies that affect our homes and businesses. 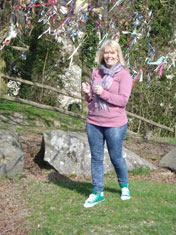 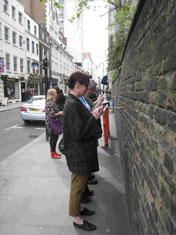